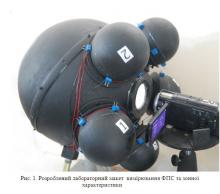 A comprehensive methodology for evaluating the efficiency of the functioning of the information environment, which includes a thermal imaging surveillance system (TPSS), installed on mobile carriers, such as drones, micro- and nano-satellites, has been developed. Basic scenarios for performing typical surveillance tasks are discussed, namely, finding, detecting, recognizing and identifying objects against the background of internal system noise, or noise whose energy brightness is described by Gaussian distribution. New approaches to determining prospective estimates of the efficiency of TPSS are proposed: the minimal difference in perceived temperatures, the success rate of the TTP task, and the indicator of the difference in the orientation of the triangle. It is shown that the nature of the interaction of the matrix structure of the image analyzer of modern radiation receivers with periodic and non-periodic objects is different for stationary and mobile vehicles. Methods of increasing the spatial separation have been developed both with uniform motion and with low- frequency vibrations. It has been established that the TTR is currently providing the most adequate assessment of current TPSS, is compatible with NATO standards, and also enables the analysis of multi-channel surveillance systems. A mechanism for taking into account the multichannel information system in calculating its efficiency using the TTR index is developed. New methods for measuring the main characteristics of TPSS have been developed. Technical solutions for determining the modulation transfer function, signal transfer function, band characteristic, minimum separation temperature difference are offered. The basis of measurement of energy characteristics is based on the original scheme of formation of the brightness field, which provides a large dynamic range of the input signal with a nonuniformity in the field of not more than 5%. 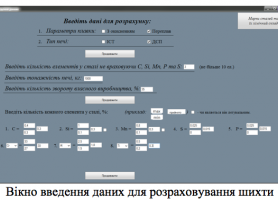