The determined compliance between a progressing variety of created by experts electromechanical objects and systems and element basis of periodic system of the electromagnetic field primary sources is established for the first time. It is scientifically proved that existence of such regularity is defined by the fundamental principles of genetic information saving of the complete elementary electromagnetic structures which genetic codes contain information both rather known, and potentially possible versions of structures which are allowed by the genetic principles of structurization. The knowledge of the fundamental principles of saving and the genetic organization of the electromechanical systems which representation form is the periodic structure of Genetic classification of electromagnetic field primary sources, opens opportunity to realize technology of structural foresight of objects and systems which function on the of electromechanical energy transformation principles, and to carry out transition from observed evolution to strategy of operated evolution with the guaranteed innovative effect.

According to the results of research, for the first time there were defined the knowledge levels hierarchy, the corresponding element and axiomatic basis, and also levels and the corresponding classes of problems of genetic and structural anticipation. For the first time there were developed the genetic models of genomic, population, specific, system and intersystem (interdisciplinary) levels, which are allocated with predictive function and provide formulation and solution of a wide range of problems of anticipation and innovative synthesis of new electromechanical objects of different complexity level. For the first time there was developed the methodology of the genomic analysis at the level of any types and functional There classes of electromechanical systems that allows to carry out recognition of genetic information (genetic codes) of the objects created for all history of development of electromecanics and by that to define their taxonomical status, the genetic nature and a place in the general system of classes of evolving objects. For the first time there was created conceptual bases of creation of genetic banks of innovations which are capable to concentrate systematized information on foresight results.

Existence of hereditary communication between the high-ordered element basis of periodic system of elements and real evolutionary objects for the first time in technical science allowed to develop the theory and practice of evolutionary experiments by means of which there was confirmed the reliability of theoretical statements of the genetic theory of evolution and methodology of structural foresight of electromechanical systems. 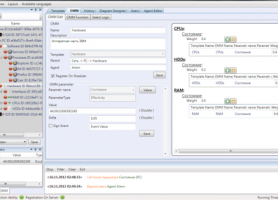