The theory was developed of propagation of spin waves in two-sublattice antiferromagnet with uniaxial magnetic anisotropy and ferromagnetic nano-shaped spherical nanoshell, nanoshell of an ellipsoid of rotation form ("nanorise"), cylindrical nanotubes of circular (circular cylinder) and elliptical (elliptical cylinder) section and for arbitrary ferromagnetic nanosystems with transmitting symmetry. Equations were found for the magnetic potential of these waves in the corresponding nanosystems in magnetostatic approximation based on exchange interaction, magnetic dipole-dipole interaction effects of magnetic anisotropy and dissipation. The resulting solution of the equation, the dispersion relation for these nanosystems and range of wave numbers for some nanosystems were found.

A new method was developed to control directions of propagation and intensity of exchange spin waves guided by their refraction in non-uniform ferromagnetic structures of the type of spin lenses. These conditions were defined under which spin lens may be two-focus due to the presence of birefringence effect. The characteristics were obtained of the field and frequency dependences of the refractive indices of corresponding branches of spin waves and focal length of spin lenses constructed from biaxial ferromagnet in an external constant homogeneous magnetic field. The possibility was shown to adjust the transparency of these irregularities, that allow them can be used as a lens and a mirror in dependence of the external field and the frequency of the wave. This feature allows one to use a similar structure as highly sensitive sensors of changes in the characteristics of magnetic media or external environment in which they are located. It’s also shown that these processes can cause the generation of nonlinear spin excitations including spin solitons. 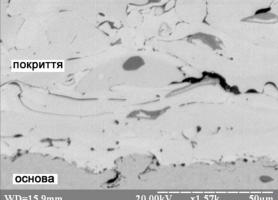