A universal gas diesel fuel supply system with microprocessor control (MPSS) for the conversion of diesels of stationary and transport facilities of average power, including military engines, to work on the gas-diesel cycle, which allows to improve the energy and environmental performance of the engine, reduce the consumption of diesel engines more expensive diesel fuel and attract cheap fuel for environmentally friendly gas to the fuel fund.
In the developed system the distribution phase of injection of gas by cylinders is realized. That allows to improve the process of combustion of the working mixture in partial loads, namely, due to the change of the phase of injection of a cyclic portion of gas fuel, depending on the load and speed of the engine to form a gas-air mixture in the combustion chamber diesel is not homogeneous, but stratified with different coefficients of excess air, which contributes more complete combustion of the depleted mixture and reduce emissions of the main toxic components (NOx, CO, CH) in the exhaust gases of the engine. Adjusting the inflammatory dose of diesel fuel by an additional mechanism depending on the mode of operation of the engine allows you to achieve 70 ... 80% replacement of diesel fuel with gas.
The mathematical model of working processes of the gas supply system of the MPSJ is developed. On the basis of the performed simulation, the optimization of the design and control parameters of the gas reducer-regulator, injection nozzles and the cyclogram of the distribution gas fuel injection into the engine was performed.
The technical documentation on which the original units, blocks and units of the prototype of the developed MPSS for diesel D 245.7 were made are developed.
The research of the car GAZ-3309 on the stand (mode 4819 ВМ) of the traction power of cars with a prototype of the developed gas diesel system in the State Enterprise "State Automobile
Research and Development Project" was conducted.
A technical expertise report has been received for the application of MPSS on vehicles in Ukraine. 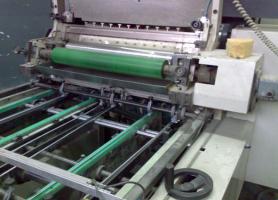