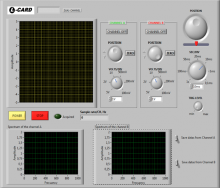 The development of the complex smart system of technical condition monitoring is of-fered and is supported for monitoring of metal and nonmetallic elements of construction at the operation, which concerns a new class of diagnostic systems on the basis of concept Structural Health Monitoring.

Structurally functional synthesis of system is carried out. The generalized block diagram is developed, and the principle of functioning of system is proved. The functional chart of multi-channel system of monitoring of construction elements of welded tanks is developed for an esti-mation of static and dynamic loadings and an estimation of a current technical condition of the testing object. The following measuring channels of system are generated: the channel of meas-urement of vibration, the channel inclinometer, the channel of measurement of deformation. Block diagrammes are developed, simulation and the analysis of characteristics of measuring channels is carried out.

The diagnostic server is developed for management of processes of measurement, regis-tration, transformation, transfer and the analysis of data, decision-making on a current technical condition and operational loadings. Algorithms and the software, the graphic interface of program and conservation of diagnostic data are developed on the basis of external module ADT which co-operates with system LabVIEW. The qualifier of a technical condition on the basis of a probability neural network is developed, which provides nonlinear classification diagnostics data. Efficiency of the developed qualifier is confirmed at recognition of faultless and defective condi-tions (the relative size of a crack 0,05) of elements by using two-dimensional features. As a part of a diagnostic server the module of management is developed. It is realized as virtual device in system LabVIEW. The working capacity of the virtual device and stability of work of the network interface and communication channels is confirmed.

Techniques of definition of parameters and characteristics of a technical condition and operational loadings are developed for metal and nonmetallic elements of aviation construction, mechanical engineering objects, power objects, engineering constructions of a special purpose. 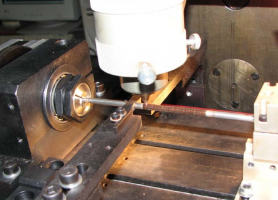