It is shown that the evaluation of metallurgical properties of flux in electric arc welding in most models are limited to consideration of the slag-metal reactions, which contradicts the physical model of the electric submerged arc welding. The existence of the gas phase, and its influence on chemical processes at the interface is ignored.

The peculiarities of formation of the gas phase, as the defining component of the metallurgical processes in electric submerged arc welding. Performed thermodynamic calculations of reactions at the interfaces gas-metal, gas-slag and slag-metal-based reactions which identifies priorities and conducted temperature and interfacial structuring of the reaction zone of welding, according to the proposed physical model. For the first time established a thermodynamic model, which consists of four interrelated groups of reactions that form the basis for a unified system of nonlinear equations, which by definition of the equilibrium constants of each reaction, and given the content of components in the welding consumables allows to calculate the chemical composition of weld metal and to predict the properties of the interface slag - metal to control the welding technology and metallurgical properties of slag. The algorithms and the calculation scheme of metallurgical processes in the gas phase and the phase boundaries of gas-metal-gas and slag. It is shown that with the help of the algorithm of calculation of metallurgical processes in the reaction zone of welding is possible to determine the chemical composition of weld metal in the zero point. To account for the effect of welding on the characteristics of the formation of the weld metal should use the principles of nonequilibrium thermodynamics, which in this case, from a mathematical point of view, can be described by polynomial equations of the second and third-order coefficients are determined based on literature or experimental data.

The analysis of the slag melt in terms of the ionic structure of slag, the possible formation of quasi-neutral molecules and nanomitsel allowed to determine the behavior of certain oxides in the slag flux and their ratio. You have selected a complex oxide system to create a flux. On this basis, determined by the content of individual components bound to the oxide slag system SiO2-TiO2-MgO-CaO-Al2O3-MnO-Fe2O3-ZrO2-CaF2. Selected staff and unit of liquid glass

For the manufacture of an experimental batch of agglomerated fluxes, we calculated the profile of the pelletizer and dokatyvatelya. The research on the effect of treatment on the strength of the prior dokatyvaniya grain fluxes on the basis of which the optimized technology of their manufacture. Explored moisture sorption on the time dokatyvaniya flux and its removal from the grain flux. The optimum time of piercing. With the help of computer processing of optical microscopic analysis of fluxes of grains with different contents of components are defined feature enveloping the particles of charge with liquid glass and the dependence of the coefficient of the coating of zirconium oxide content. Studied welding and technological properties of the research model fluxes. Experimentally determined oxygen activity in the slag melt and weld metal oxygen content in weld metal and the alloying elements. Past studies on the physical properties of slag experimental fluxes, such as viscosity and contact angle. An explanation of the results in terms of the ionic structure of slags.

As a result of the work created by the development of new principles of welding fluxes with controlled oxidative capacity and improved welding characteristics, the methodology of determining the chemical composition of weld metal, which is based on thermodynamic equations of chemical reactions at interfaces.

Based on these studies established an agglomerated flux for surfacing parts of complex configuration with improved separation properties of the slag crust at elevated temperatures. Developed and registered by the technological conditions of TU U 24.6-05416923-101:2011 for the manufacture and application of flux ANK-73. Flux was pilot tests. 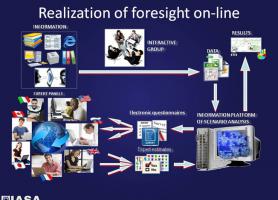