Creation of methods for designing the processes of shaping engineering structures under viscoplastic deformation of homogeneous, eutectic strengthened and powder materials

In this work, using a unified theoretical approach, the analysis of the processes of visco-plastic forming of typical mechanical engineering structures with homogeneous and structurally heterogeneous materials. The theoretical approach is based on a closed system of equations of the theory of plastic flow of continuum mechanics, taking into account the visco-plastic properties of materials. This approach made it possible to provide system design of structural forming processes. For its implementation, a method for determining the model of visco-plastic deformation of materials during bending tests is developed.
On the basis of experimental data the efficiency of deformation of fine-grained metals is proved. The main scientific idea in the implementation of the theoretical approach is to bring structurally heterogeneous (eutectic and powder) materials to the form of quasi-homogeneous distributed fine-grained structures by technological methods. The control of the structure is realized by the method of screw expanding pressing due to large shear deformations in the volume of the workpiece material. The final shaping of mechanical engineering structures is performed using the conditions of visco-plastic deformation. The regularities of the formation of thin walled elements of constant thickness and wedge-shaped visco-plastic deformation of aluminum alloys AMg5, D16, V93. It was found that at a constant temperature of isothermal pressing and a constant value of the load, the height of the thin-walled element increases in proportion to the holding time. It is essential to reduce the force while reducing the deformation rate.
It is shown experimentally that the formation of thin-walled elements in the solid state reduces the energy-power parameters of the forming process. The paper proposes processing modes for deformable aluminum alloys D16 and V95 with a pre-prepared globular structure. For typical representatives of monocycles with radial and coaxial arrangement of blades, the energy- power parameters of the process and the stress-strain state in the deformation zone were determined, which made it possible to optimize the forming conditions. The study used an integrated approach to the comparison of analytical and numerical calculations, as well as experimental data. It is shown that when designing processes it is necessary to take into account the use of plasticity resource in hazardous areas of deformation. At the same time, reducing the coefficient of use of the plasticity resource is advisable to achieve the control of the deformation rate and the shape of the original billet. It is found that with a decrease in the rate of deformation can significantly reduce the technological effort of the process, and the filling of thin-walled elements is more stable. To implement the processes of manufacturing GTE parts together with JSC "Motor Sich" designed and manufactured installation for isothermal stamping and die tooling.
Research of complex two-stage technological process of pressing of blanks of compressor blades of GTE is executed. Using the previous operations broadening pressing screw provided fine structure electionsmeter titanium alloy Ti-ТіВ 2 with uniformly distributed eutectic phase. Shaping billets the blades are made in the second stage, has allowed the improvement of the mechanical properties 16...20%.
The structural technological process of manufacturing a fragment of a hollow blade from sheet titanium alloys VT6 and OT4-1 is developed. The basic operations of the
process – diffusion welding of the workpiece under pressure, as well as the formation of the blade fragment under conditions of plasticity are worked out. Determine the modes of processing and developed technical recommendations for the implementation process. Developed the design documentation and manufactured together with machine-building design bureau progress state enterprise named after academician A.G. Ivchenko equipment for the implementation of the process.
Using the theoretical approach, a physical-mechanical model of interaction between the surfaces of the part and the tool with the intermediate layer of the metal component of the lubricant is proposed and experimentally substantiated. The occurrence of large shear strains in the intermediate layer of the metal component provides a reduction in the coefficient of friction and protection from the adhesive interaction of the surfaces of the tool and the part. Taking into account the visco plastic model of deformation of the metal component, it was possible to determine the coefficient of friction at the burnishing, as well as the limit value of the coefficient of friction, which ensures the stability of the tool in the processing of titanium alloys.
The results were tested at the enterprises of JSC "Motor Sich" and machine-building design bureau Progress state enterprise named after academician A.G. Ivchenko. 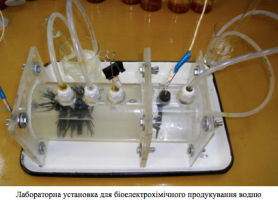