Development of underground urbanism as a system of exploration of large cities&#39; geo- resources

The risks of underground construction are estimated and the mechanism of structural failure due to dynamic effects from metro trains in conditions of sandy water saturated soils is established, which is associated with secondary subsidence of the metrotunnel during deformation of the soil base with the formation of a creeping prism, with different intensities of this process along the tunnel route. A methodology has been developed for taking into account the risks of underground construction under conditions of incomplete design information by using th synthesis of two modern modeling methods - the numerical finite element method and the probabilistic Monte Carlo method, which provides a transition from deterministic methods for solving complex geomechanical problems to accounting for probabilistic deviations and risk assessments. The connections of structural-functional, engineering-geological and technological factors of underground space development are estimated. The surfaces of the dependences of the deformation modulus and the adhesion of the yield index and soil porosity coefficient are obtained, which indicate the formation of two expressive zones of change in their strength properties depending on the increase in the number of ductility. The methodology and tools of the modified morphological analysis are developed, which formalize and accompany the process of risk assessment and decision making on the feasibility of using the territory (geological environment) for urban underground construction. A morphological model has been developed for assessing the construction sites of underground facilities, morphological tables have been created, justified state alternatives and expert assessment scales, matrices of the relationships of influence factors and alternatives of parameters have been constructed. Testing of the developed model for the construction of underground parking was carried out at two sites in the Shevchenkovsky district of Kiev with various engineering and geological characteristics. The absolute indices of the calculated estimates of the alternative options were 0.688 and 0.993, respectively, which allows us to give preference to the second section. A cognitive map of territories has been developed for the construction of underground parking in Kiev, which for the first time takes into account the morphological relationships of underground objects with ground objects, as well as with the system of transport communications and the zonal characteristics of territories, which, together with factors of the geological environment, determines the economic and functional feasibility of placing underground structures in the territories under consideration and ensures quantitative risk assessment. Thus, on the basis of a modified morphological analysis, a scientific methodology for planning a system of alternative design configurations of a megalopolis was created, which gives investors and city government administrations an effective tool for managing risks and investments in developing the geo-resources of large cities. The developed strategy for the development of underground urbanism in megacities provides a set of administrative, legal, economic, scientific, educational and technological levels for large-scale urban underground construction in large cities of Ukraine. 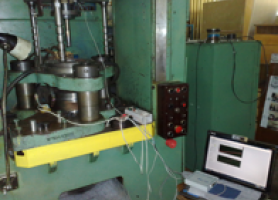