The aim of the project is: 1) Generalization of the theory of regularly varying functions and further development of the theory of pseudo-regular functions; 2) Development of the theory of functions with non-degenerated groups of regular points; 3) Study of asymptotic behavior of solutions of stochastic differential equations; 4) Study of asymptotic behavior of functional parameter estimates for stochastic processes and Volterra systems; 5) Study of distributions of functionals of stochastic processes and fields, particularly of Gaussian ones; 6) Construction of new generalizations of hypergeometric functions and study of their properties; 7) Construction of new types of integral transforms and integral equations.

The theorems on duality of asymptotic behavior of ratios of functions and that of ratios of their generalized inverses were proved. This allowed establishing the conditions upon drift and diffusion coefficients in stochastic differential equations, under which their solutions are equivalent to the solutions of corresponding ordinary differential equations.
Distributions of a wide class of functionals of Chentsov field were found. In particular, we found the exact formulas for the distributions of maxima along curvilinear paths together with corresponding asymtotics.

Some new generalizations of the hypergeometric function were introduced, their main properties were studied. Moreover, we gave some their applications in the special functions theory, in the theory of integral transforms, integral calculus, to boundary problems of mathematical physics and so on. We also established some new composition relationships for fractional integro-differential operators.

A stochastic approach for estimation of unknown impulse response functions in unstable Volterra systems with internal noises was considered. Using the theory of multidimensional singular integrals with cyclic kernels, we established new conditions of asymptotic normality of corresponding estimates and proved the convergence of functionals of these estimates. 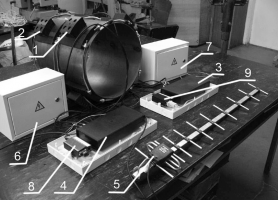