Development and research of mathematical models and methods of analysis, synthesis and management by the large informatively-telecommunications systems

The new concept, a series of methods and mechanisms of automation important processes for large ITS, allow to create technologies of CAD and operation management of ITS. This technologies provides a scientific basis for the design of ITS, integration of all its components into a single infrastructure, control the operation of ITS as a single multi-step process, supporting management processes of ministries, departments and large organizations (collection and processing of information, planning, decision making, comprehensive support, coordination and control, synthesis and prediction) in multi-level and variability of the processes’ requirements.

A new conceptual approach to the analysis, synthesis and management of the ITS operation, developed and investigated a series of mathematical models and methods in this direction, the mechanisms of automation important processes for large ITS are the scientific results of the project.

In the field of ITS analysis are created the method of potential functions, the method of ITS parameter fuzzy estimation based on the study of accumulated data. In the field of ITS synthesis are created the logic models and methods for application integration (building an implementation queries to support services), models and methods of the databases integration. In the field of ITS operation are created models and methods for solving impact analysis, the method of estimating the influence of problems in ITS based on a combination of algorithmic and production approaches, new algorithms for solving optimization problems such as controlling and adaptive genetic algorithms. In practical terms, the system of ITS parameters analysis (based on the accumulated operations data), the auto programming system, the ITS operations control system were created.

Introduction of the new technology-aided design and operation management of large ITS can significantly speed up the design of large ITS and increases their efficiency, reliability and quality at the main stages of the ITS life cycle.
88888 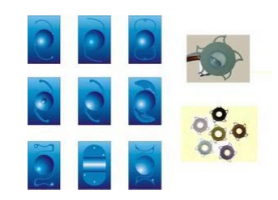