The purpose of the work is to improve, develop and create new effective methods and procedures of constructing and evaluating the effectiveness of cryptographic attacks with additional data on information security systems, obtaining estimates of information security systems resistance against such attacks, as well as new methods for determining directions and ways to improve hardware and software implementations of IT-security algorithms that take into account the latest attacks that use side channel information, failures data, the performing time of some operations, energy consumption and so on.

The upper estimates of the average probabilities of integer differentials of round functions with some defined structure are constructed. A fault-attack on the National Encryption Standard ДСТУ ГОСТ 28147:2009 is developed and experimentally investigated; the conditions of its effective use and proposals on its protection from the attack are formulated in different attack scenarios. The algorithm searching linear polynomials in cubic attacks against the cipher PRESENT is developed and implemented provided information leakage from certain bits during the encryption process. The analysis of mixing properties of various group operations such as multiplication, addition, bitwise addition and modular addition defined on the same carrier, as indicators of the resistance against homomorphic-property-based attacks is performed. A new fault-attack on one of the modern methods of protection of digital signature RSA, the method inserting public key to the module string representation, is constructed. A timing-attack against the block-cipher IDEA is implemented. The influence of the space key measure nonuniformity on the effectiveness of the directed key search method is investigated. A new scheme of digital multysignature based on the Ukrainian Elliptic Curve Digital Signature Standard ДСТУ 4145-2002, as well as on the Russian standard ГОСТ Р 34.10-2001 is developed and implemented. A new more powerful subexponential algorithm for solving the problem of hidden shift in abelian groups for quantum computing model is proposed. A statistical test for cryptographic bit sequences based on a classical probabilistic collector problem is constructed.

The suggested modified and new techniques make it possible to obtain estimates of the resistance for existing cryptographic information security systems using information about their operation as well as to use these techniques in the design and implementation of new cryptographic algorithms, to determine the conditions of safe operation of storage and transmission information systems protected by cryptographic means. The results of this research are obtained using modern methods of investigation of resistance of cryptographic systems, attacks with additional data, the ways to protect against them and are at the level of world analogs. 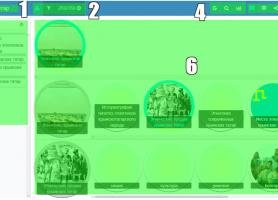