The usage of the control system which is based on synchronously measured phase angles values of the nodal voltages will improve control reliability in load flow, decrease the transient time and prevent the asynchronous mode beginning.

The mathematical models of the power system elements are developed which allow evaluating the effectiveness of the vector control on the basis of phase angles and nodal voltages in different power system states. In particular, the research of the station and network control systems will allow adjusting the regulator parameters to provide the desired transient quality.

The control criterion of AGC-system is improved by using the variable K-factor in the event of interconnected operation of Ukrainian and Russian interconnections. This will allow decreasing the transient time as well as power flow errors.

In the event of interconnected power systems control methods are developed in which the phase angle values are used. 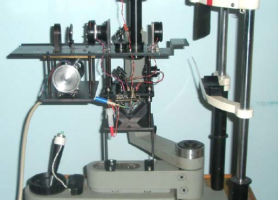