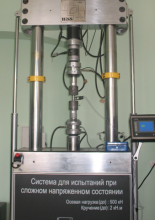 The main result is a qualitative and quantitative assessment of the impact of complex operational and constructional and technological factors (geometric dimensions and the degree of plastic deformation of the material) on the parameters of the cyclic strength of elements of the power structure aircraft with functional openings in its infancy macrocracks taking into account the kinetics of accumulation of scattered damage.
Working hypothesis, which is incorporated in the work, there is a possibility of increasing the strength of the cyclical components of aircraft primary structure with functional openings under cyclic loads due to the plastic surface hardening process hole, improvement and validation of process parameters mandrelling holes.
One of the most important developments that form the basis of the work are:

- a model of determination of residual stresses in the light of scattered damage;

- experimental studies of the influence of the kinetics of damage accumulation on the main characteristics of structural materials;

- experimental studies depending on the fatigue strength of structural components with functional holes on the influence of the initial process of damage;

- assessment of the effect of residual stresses on the performance and durability of the power of constructive elements with hole after mandrelling;

Forecasting methods and diagnostics of operation of highly critical structural elements of the aircraft will be based on the fundamental laws and the fundamental provisions of the theory of elastic-visco-plasticity under cyclic loading, nonlinear continuum mechanics of damage and mathematical statistics.

Substantial refinement of the estimated resources of the parameter small cycle fatigue and leads to a reasonable reduction in material consumption of highly critical structural elements wing transport aircraft. 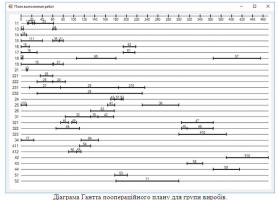