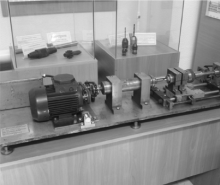 Conception of planning and arrangements of machine-tools of new generation is offered, the basic features of which followings:

-  The genetic going is near classification, description, evolution of development and prognostication of machine-tools as to the difficult technical systems of prirodno-antropogenogo origin.

-  The multilevel morphological going is near a construction and synthesis of the difficult technical systems.

-  Application of framework thecal constructions of the bearings systems.

-  Use of perspective information technologies and intellectual computer systems.

For realization of new conception theoretical and experimental researches are executed, the methodological going is developed near planning of hybrid machine-tool equipment with a parallel kinematics on the basis of mechanisms of parallel structure with the barbells of permanent length. Module sets and manipulation an object are offered in-process equipment with a few manipulators and the criteria of choice of optimum arrangements are formulated.

The structurally scheme synthesis of machine-tools is executed with a parallel kinematics taking into account influence of construction of detail on their arrangement. The synthesis of mechanisms is carried  out with forward and rotatory occasions by kinematics pair, models and descriptions of kinematics motions of spatial mechanisms are built.

Basic principles of computer design and visualization of formoutvoryuyuchikh motions of lathe workcenters and multico-ordinate drilling-millings machine-tools of traditional and new arrangements are formulated with the mechanisms of parallel structure.

A structurally kinematics is executed, kinemostatichniy and dynamic analysis of new hybrid arrangements of lathe workcenters and framework (pyramidal, klinopodibnikh and other configuration) multico-ordinate  drilling-millings machine-tools with the barbells of permanent length.

The operating models of hybrid arrangement of lathe are created on a base geksaglayda and two model (three played and four the played arrangement) of drilling-milling machine-tool with the barbells of permanent length. Experimental researches of static descriptions of machine-tools which confirmed the results of theoretical researches are conducted.

Practical recommendations are developed on application of technological equipment with a parallel kinematics and directions of subsequent researches are formulated. 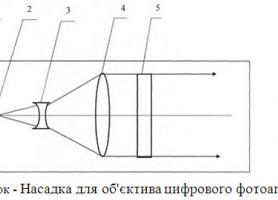