The project is dedicated to current importance direction of instrument-making industry - the increasing of complex efficiency of infrared (IR) optoelectronic reconnaissance systems (OERS).

The prosecution of project consisted of three harmonized function boxes:

- mathematical modeling of information transformation in IR OERS, search of major links of the system, researches of the informative system behaviour under various conditions and at different influences;

- development of methods of signal digital processing in IR OERS for the increase of detectible probability and for the improvement of visual efficiency of the system;

- IR OERS computer and physical modeling for confirmation and correction of the offered solutions, and also for the estimation of possibilities of subsequent physical realization of the developed algorithms.

During implementation of this project some of important theoretical and applied tasks were developed in three directions. At first, scientific foundation for the design of blocks and algorithms of information processing in IR OERS was created. At that there were accepted into account also features of automatic detection and visual perception by an observer, not only technical descriptions of information transformation of signal in the air way and in OERS blocks. That is the model describes signal transformation both in  the automatic and in hand modes of system operations. Secondly, influencing of different algorithms of IR detector signals treatment were probed on effectiveness of real time automatic and visual detectibility. It is shown that efficiency of IR OERS in the target acquisition mode is better to be described by maximal detection distance at the set probability. The method of determination of maximal detection distance is developed for little targets. And, thirdly, there were theoretically modelled and practically probed the mechanisms of co-operation between noise-to-signal ratio (in a television signal and visual perception)   and IR OERS operating benefits. 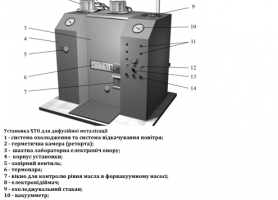