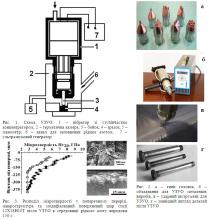 Essentially new scientific knowledge has been obtained on the physico-materials science basics and the laws of the surface layers hardening of the light structural alloys by ultrasonic shock treatment (UST) at cryogenic temperatures. These regularities are due to the suppression of the dynamic return processes and dynamic recrystallization, as well as the effect of the dislocations annihilation under the action of the deep cooling factor. The possibility of the nitride formation compounds in the near-surface layers due to the phenomenon of the mechanodynamic diffusion of the nitrogen atoms from the external medium in the process of the cryo-deformation is proved. A distinctive feature of the obtained results of the domestic and foreign analogues is the surface treatment of the material at cryogenic temperatures under conditions of hydrostatic compression instead of the well-known methods of cryodeformation of the entire bulk of the material. The grinding of the initial structure down to the nanoscale level, as well as the course of mechanochemical reactions under the influence of UST at cryogenic temperatures, in comparison with the traditional UST technique, makes it possible to harden the surface to ~ 500%, increase the thickness of the modified layer to ~ 250 μm, (in air up to ~ 100 μm), a 2.5 times decrease in the surface roughness, an increase in the wear and corrosion resistance, fatigue life up to ~ 3 times, a decrease in the duration of the surface modification processes of the material to several minutes. The maximum values of the surface HV of the steel 12Cr18Ni10Тi (HV = 5-5,66 GPa) were obtained after the cryogenic UIT owing to the formation of the maximum bulk fraction of α'-martensite (~53%), of the nano-sized grains of α'-martensite (24 nm) and austenite (45 nm) and the nanotwins (60-120 nm). This is due to the low value of the stacking fault energy (~30 mJ/m2) and the applied UIT conditions (high strain rate of ~103 and cryogenic (77 K) temperatures), which determine the Zener-Hollomon parameter lnZ = 26 in comparison with those for the air-UIT and argon-UIT processes to be of 15 and 17, respectively. 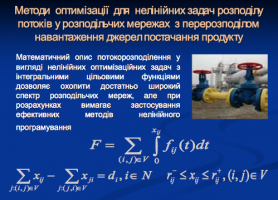