The aim of this research project was to study the asymptotic behavior of pseudo-regular functions and their analogues in stochastic analysis - generalized renewal processes, as well as applications of the results obtained to the theory of stochastic processes, statistics of stochastic processes, mathematical analysis and mathematical physics.
In this project:
- a number of new results concerning the asymptotic behavior of sequences of random variables and vectors with linear regression dependence are obtained. In particular, the final criteria for the convergence almost surely of series of multidimensional regression sequences with constant matrix coefficients are obtained, and necessary and sufficient conditions for the strong law of large numbers in the Marcinkiewicz-Zygmund form for such sequences are established;
- the classical results of the theory of complete convergence for sequences of independent random variables and vectors are essentially improved. In particular, the criterion for the convergence almost surely of empirical versions of the Baum-Katz and Hsu-Robbins series with weights is obtained. Moreover, necessary and sufficient conditions for the existence of finite moments of such empirical series are found;
- in the theory of Gaussian random processes, as a generalization of the classical results of Dub and Park, the criteria for the equivalence of the general Gaussian process to Brownian motion, the Brownian bridge, and the Ornstein-Uhlenbeck process are obtained;
- further development of the theory of regularly varying functions is presented. In particular, within the framework of this theory, the class of complex-valued functions with nondegenerate groups of regular points is investigated and analogues of the classical representation theorems are proved. As another generalization, we consider matrix-valued regularly varying functions and prove theorems on their regularization;
- significantly expanded is the classical theory of records, based on the works of A. Renyi. In particular, the asymptotic behavior of the moments of records and the number of records in the so-called -scheme is studied;
- new important results are obtained in the qualitative theory of stochastic differential equations. For a wide class of such equations, we study the asymptotic behavior of solutions at infinity, as well as the conditions under which this solution is asymptotically nonrandom. These results essentially generalize the classical theorems of Gichmann and Skorokhod;
- in the framework of the classical renewal theory the asymptotic behavior of the analogue of the renewal function for a random walk in multidimensional time is studied;
- a generalization of the stochastic parking model A. Renyi, which allows to distinguish drivers with different driving experience, is considered. For such a parking model, the asymptotic behavior of the average number of parked cars is described.
- new significant results were obtained in the nonlinear regression analysis. In particular, the asymptotic distribution of the Cohenker-Bassett estimate of the parameter of the nonlinear regression model with strongly dependent noise is investigated;
- further development of the theory of partial differential equations is presented. Among other things, new sufficient conditions under which the generalized solutions of initial-boundary and mixed problems for the linear parabolic differential equations of the second order and higher orders are classical were found. These conditions are formulated in terms of the right-hand side of the equations belonging to certain Hörmander spaces. 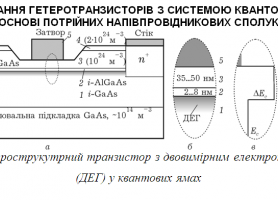