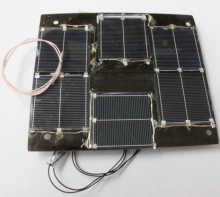 A model on the propagation of the rare earth impurities in the nanocrystalline silicon was developed for doping of films for photosensitivity increasing. This allows a more accurate calculation of technological regimes and increases the overall controllability of the doping processes. Procedures for the study of the crystal structure, electrical and optical properties of the thin layers and photoelectric properties of solar cells based on them have been developed, as well as for study the process of mass transfer at the interface and the evolution of the concentration distribution of the main elements and impurities on the thickness of the layered film systems "metal-silicon" and "metal-heterojunction A3B5".

An integrated approach of research and development of the manufacturing technology of the radiation-resistant solar cells has allowed the equipping of the solar panels of the “PolyITAN-1” – the first nanosatellite of the NTUU «KPI» with produced solar cells. “PolyITAN-1” is successfully operating on the Earth orbit for year and a half. 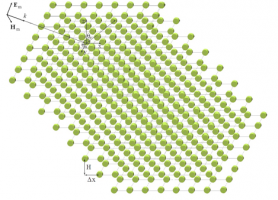